From: Prannoy Roy
To: Everyone in NDTV Group
Subject: The very best

Now twenty years later we wish her all the very best as she embarks on yet another role with us. Barkha will be moving to the role of Consulting Editor. She will remain as closely associated with NDTV as she has all these years as the anchor for Buck Stops Here on weeknights and We The People on weekends. She will also be available as always for analysis and inputs on big news events and stories. While her TV relationship with NDTV remains unchanged, in her new role she will be setting up her own multi media content company and policy group. We have literally seen barkha grow from a child to an adult professional and look forward to our close bonds only strengthening further as she embarks on this new venture.

I know you will join us in wishing Barkha the very very best.

(1) CHAPTER-1 EXECUTIVE SUMMARY STATUS OF WOMEN JOURNALISTS IN THE PRINT MEDIA   By Pamela Bhagat INTRODUCTION The project on the ‘Status of Women Journalists in the Print Media’ was initiated by the National Commission for Women to look into issues affecting the role of women working in the print media.  As part of a broader study on working women in India, it was executed by the Press Institute of India (PII), through empirical data that was collected from almost all the States and Union Territories of the country. The objective of the research was to examine the problems and issues confronting women working in the media, to gauge the extent of direct and indirect discrimination in the workplace and to identify contemporary issues that need to be addressed.  METHODOLOGY The research was coordinated by me with the support of media representatives from various regions - Linda Chhakchhuak from Shillong, Rajashri Dasgupta from Calcutta, Sushmita Malaviya from Bhopal, R. Akhileshwari from Hyderabad and Surekha Sule from Mumbai - who together formed a National Study Group. The National Study Group assisted with the design and implementation of the 20-page questionnaire. Usha Rai, Deputy Director, Press Institute of India, guided and steered the group.   A brain storming session with a focus group of women journalists in Delhi preceded the study, to ensure that the questionnaire was suitable and that critical aspects were addressed. The questionnaire was then pilot tested to iron out discrepancies and ambiguities. Experiences from the field surveys are outlined later in the report.   SAMPLING AND RESPONSE RATE  A total of 410 women working in the print media responded. Although there are no definite figures on the number of questionnaires distributed, estimates put the sample size at approximately 3500. This means the response rate was approximately 11.5 per cent. This was one of the most disappointing aspects of the study. There was total non-cooperation in filling in the questionnaire, especially by journalists from the English language national media.
on फ़रवरी 11, 2015 कोई टिप्पणी नहीं: 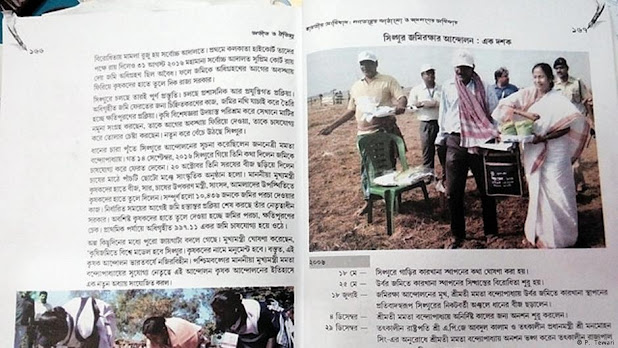